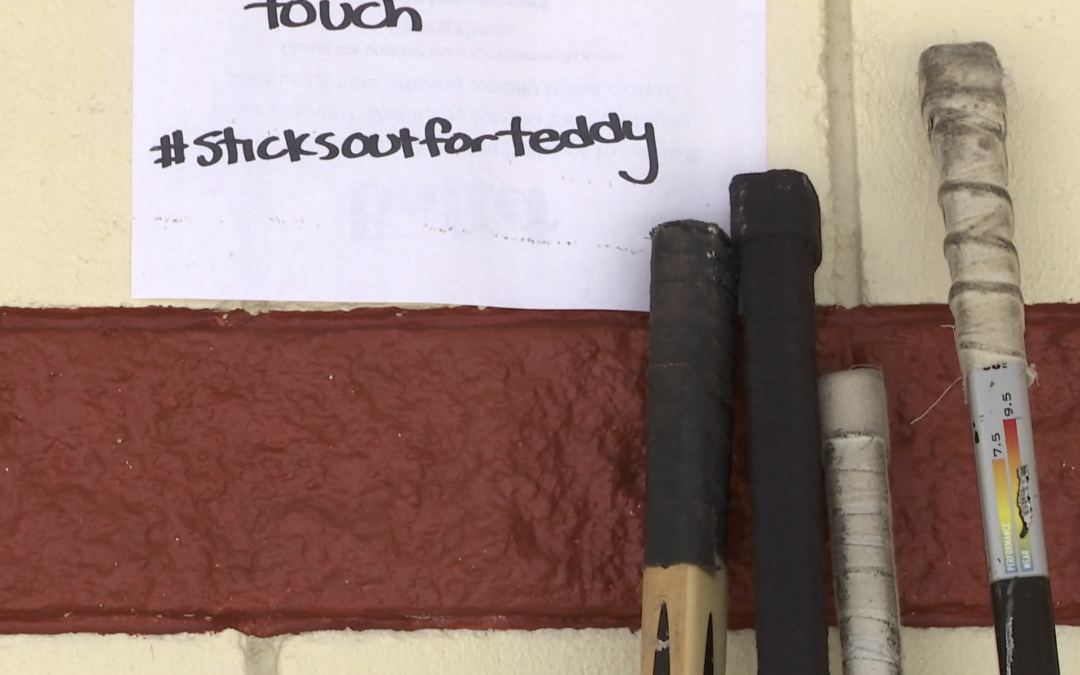 A student-athlete has died following a hockey game. The 10th grader was accidentally cut by a skate while he was playing in Connecticut. Now, his untimely death is reaching players in Southwest Florida. WINK News shows you how he’s being honored.

Hockey sticks are up in Southwest Florida in honor of high school hockey player Teddy Balkind.

The Fort Myers Skatium and the Florida Everblades set out hockey sticks to honor teddy. He died after a high school hockey game in which another player’s skate cut his neck.

Brier Brooks plays for the eels junior hockey league team. “For someone to die, it’s obviously a lot heavier because all his teammates, you know, they have to live with it,” Brooks said. “The guy who caused it obviously didn’t mean to do it, but he has to live with that for the rest of his life. So as parents, you know, they’re all probably very sad about it, just like we are.”

Several hockey players told WINK News the hockey community in Florida is tight-knit. They also say the loss of this young life is exceptionally tragic.

“All hearts go out to him and his family, and we’re all praying for them. But just to see like communities of hockey, sending out support like the just making an awareness is [an] amazing thing,” Brooks said.

Amateur athletes in Southwest Florida are also putting out hockey sticks to honor that Connecticut high school player. Four hockey sticks are out for Teddy at the Skatium in Fort Myers to honor the young man’s dedication to the sport and his life.