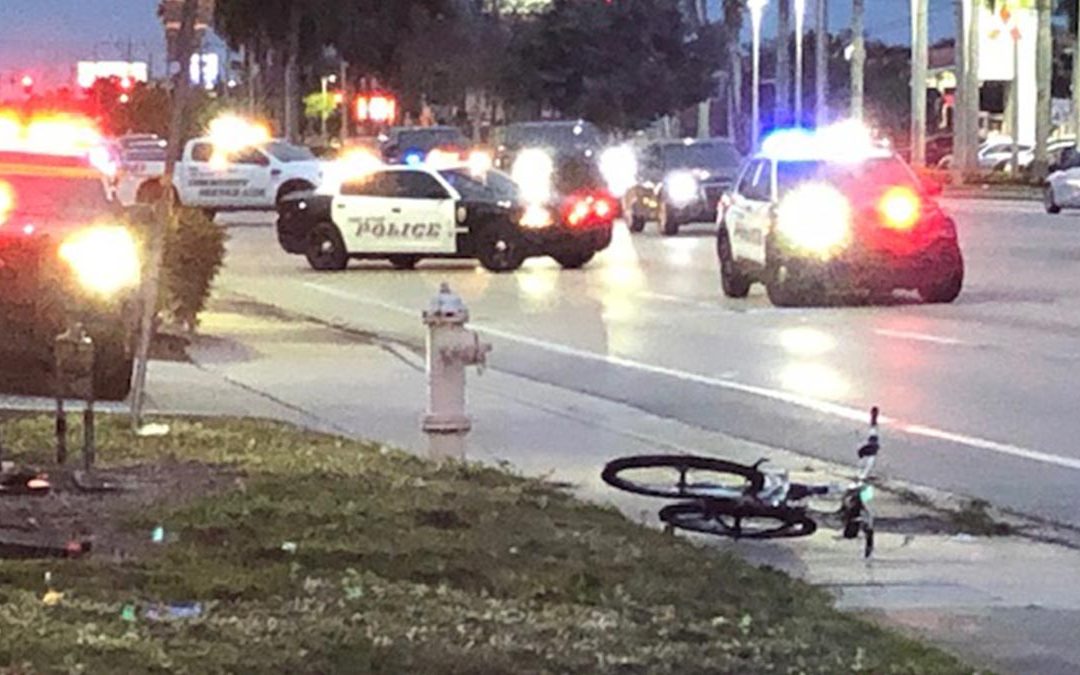 FORT MYERS, Fla. – Crash investigators are looking for a driver who seriously injured a bicyclist on Colonial Boulevard and Solomon Boulevard in Fort Myers.

The Fort Myers Police Department said the man riding his bicycle was taken to Lee Memorial Hospital as a trauma alert. Officers said the man was on the ground suffering a medical episode when they arrived on scene at about 5 p.m. Thursday.

Witnesses told officers that a small blue sedan that was possibly a Honda with a partial tag of HPV or HBV hit the bicyclist. Officers said the bicycle was hit after the car crossed multiple lanes of Colonial Boulevard.

The driver if the car didn’t stay on scene or try to help the bicyclist, according to Fort Myers police. The car was last seen heading for Cape Coral on Colonial.

Anyone who may have witnessed the crash or may have information is asked to contact FMPD or SWFL Crime Stoppers.