Dog survives 5 weeks of being stranded on a busy highway 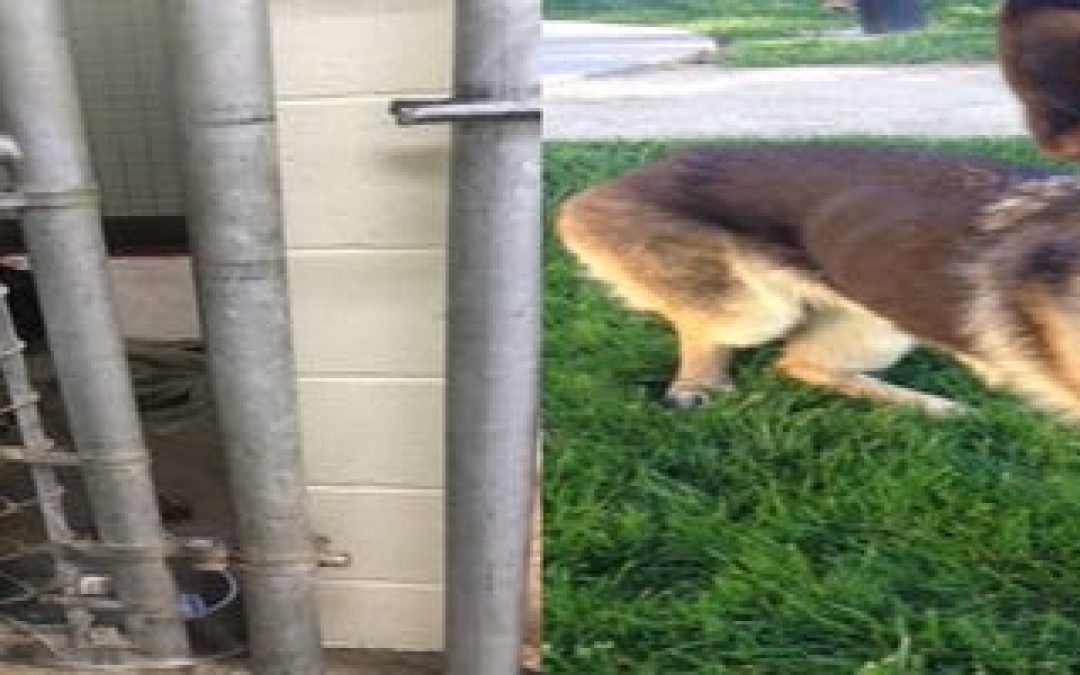 When officers in Galt finally corralled Freeway Frida, she didn’t put up much of a fight.

She barked and nipped, but after being stranded on a median on Highway 99 for five weeks with two broken bones and no food or water, she quickly submitted to her rescuers.

‘She was very thin, very emaciated,’ said Michael Johnson, medical director at the VCA Bradshaw Animal Hospital in Elk Grove south of Sacramento. ‘To still be alive seems miraculous to me.’

According to police, the 5-year-old German shepherd fell off a truck on April 10. By the time they located her she weighed just 44 pounds, about half of what a dog her age should weigh.

No one knows how she survived, but some guess that she must have subsisted on the scant rainwater that fell along the highway and whatever she could forage in the bushes between the north and southbound lanes of Highway 99.

Although she was stranded on the median for such a long time, her presence did not go unnoticed.

Her fall off the truck had triggered a wave of frantic 911 calls from witnesses who had watched her tumble from the vehicle.

But by the time police and California Highway Patrol officers got to the area — a three-quarter-mile-long stretch — the dog had disappeared.

Then, a few days later, drivers began reporting an injured dog running on the freeway. Again, the pup wasn’t found. Another few days went by, and again, more reports came in.

The calls stopped early last week, officials said, and no drivers reported seeing the dog for about five days.

But on May 14, a driver called police to report a dog on the highway about 6:30 a.m. Galt police Officer Sylvia Coelho was working a rare weekend shift when the report came in.

‘I’m like, ‘OK. We’re going to find this dog,” said Coehlo, perhaps the Galt Police Department’s biggest animal lover. ‘I never work weekends. It was meant for me to work that Saturday.’

Coehlo and fellow Officer Christina Hill drove their cruisers down Highway 99 looking for the injured animal. Hill spotted her first.

‘She gets on the freeway. ‘OK, I see the dog.’ So we know the dog exists,’ Coehlo laughed.

But the median separating the northbound and southbound lanes is protected by guardrails and blanketed in a thicket of oleander bushes. The dog disappeared again as Hill parked her car along the southbound side and Coehlo positioned herself on the northbound side of the median in case the dog made a break for it across the highway and into traffic.

When a CHP officer also showed up, the group hatched a plan to capture the furry fugitive.

As idling motorists looked on, Hill chased the dog toward the CHP officer while Coehlo blocked off its escape route. After about 45 minutes, the dog was caught.

‘She fights, she bites. We’re saying, ‘It’s all right, it’s all right,” Coehlo recalled. ‘And those big brown eyes just staring up at me… She didn’t fight us after that at all.’

The dog was taken to the animal hospital and has gained more than 10 pounds since she was rescued. The media nicknamed her Freeway Frida, but the officers call her Agent 99, Coehlo said.

The dog didn’t have a chip or tags and wore only a flea collar. She had a broken tibia and fibula and tendon damage, Johnson said. He’s not sure whether her leg will ever fully heal.

Meanwhile, calls are flooding into the Police Department with people asking about adopting her.

Coehlo, whose father was a volunteer with the Department of Fish and Wildlife, grew up rescuing dogs, cats and rats and anything else that crossed her path. Initially, however, she wasn’t interested in taking in the dog.

‘When my dad passed away, I inherited his dog and it was so heartbreaking when it passed away,’ she said.

But Coehlo has visited Freeway Frida twice since the rescue. The two are bonding and her husband said this week that he’d be fine if they took in a third pet to go along with their two cats.

‘Look what happens,’ Coehlo said with a chuckle. ‘All that pain goes away when those big brown eyes look at you.’