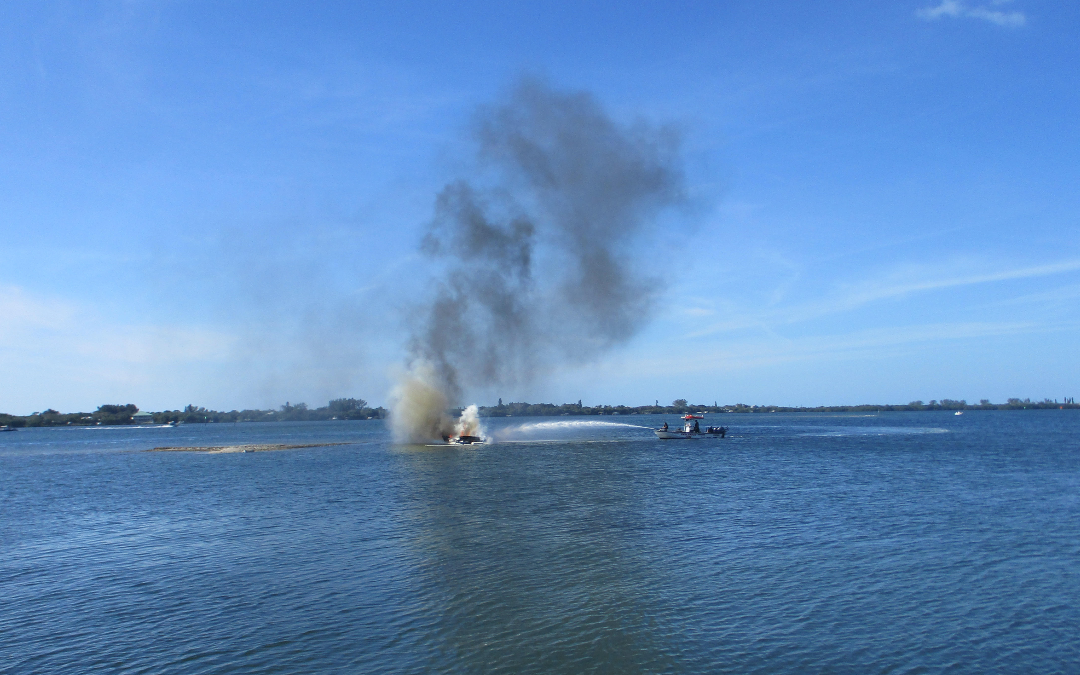 ENGLEWOOD, Fla. — A boat exploded as it was leaving the dock near Indian Mound Park in Englewood, Sarasota County, leaving one man seriously injured.

The Florida Fish and Wildlife Conservation Commission said they responded to a boat incident at approximately 12:15 p.m. that involved one boat with seven people on board.

The 24-foot boat was preparing to leave the dock when the explosion happened, FWC confirmed. The six individuals on board were uninjured.

The operator, Michael Risley, 44, sustained significant burn injuries and was rushed to Tampa General Hospital in an ambulance.

The cause of the fire is under investigation and NBC2 will provide updates as more details come in.