Board members and neighbors voice concerns over planned medical offices 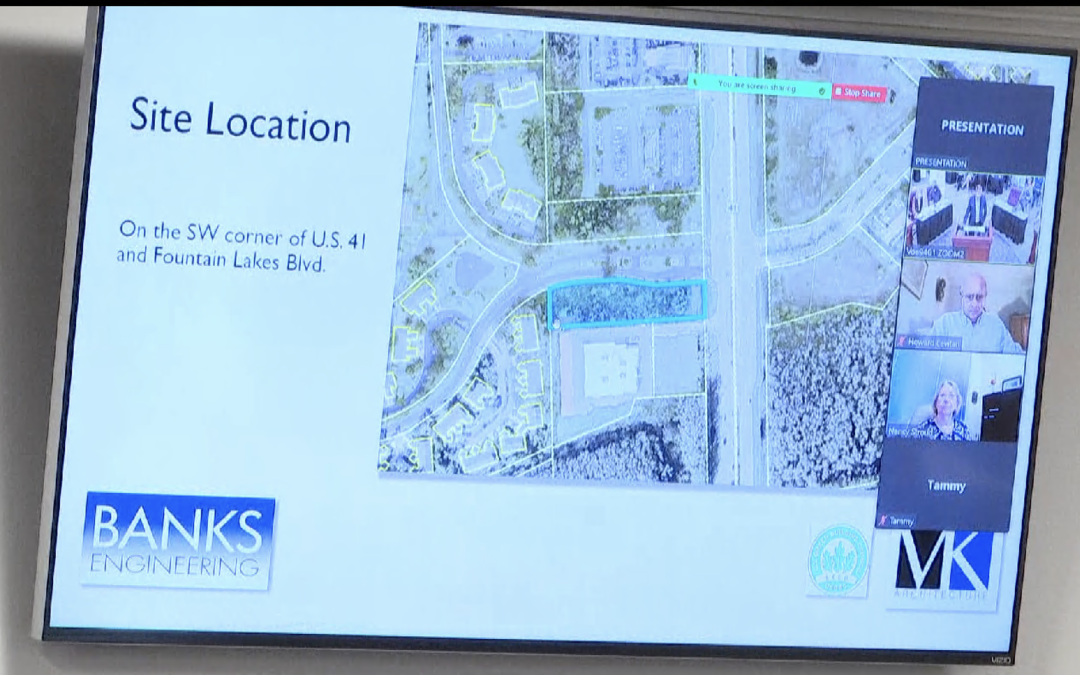 Last night, WINK News told you about planned medical offices that could be placed right next to the entrance of the Fountain Lakes neighborhood in Estero.

Now, neighbors and embers of the planning, zoning and design board are making their voices heard in opposition to the planned offices. They say safety is their top priority.

Many people who live here are worried about kids. Yes, it may create more traffic. But more importantly, putting dental offices at the neighborhood’s entrance could prove to be dangerous for kids getting on and off of their school buses.

They wanted to make sure the building developer heard their concerns. At that meeting, the neighbors heard from an engineer who was able to assure them that the current plan does not equal the end result.

So far, the only clear thing is the uncertainty surrounding the new dental and medical offices. Brent Addison is an engineer with Banks Engineering. “We don’t have an engineered site plan yet. We’re just at the beginning of starting our research on the project, the fact-finding,” said Addison.

Addison said this as an engineer to a room full of distraught neighbors from Estero’s Fountain Lakes community just off of US-41. “We understand that it cannot be designed. We cannot build it the way we have shown with the access today,” said Addison.

Those words sent a sigh of relief over the crowd at the meeting. Janet Hildebrand lives in Fountain Lakes. “I was pleased to hear him admit that,” said Hildebrand.

She and others in her neighborhood want to see numbers. They want the facts. They want to make sure that there’s a safer alternative for the offices’ entrance.

Obviously, they asked a lot of questions and had some suggestions, particularly about traffic patterns. “Why isn’t there a traffic study done first?” “This is gonna cause a huge backup.” “We need to do more studying on this.”

Even without a study being conducted, moving the planned entrance to share with the storage facility just south of Fountain Lakes seems like a quick fix.

But, that engineer says what seems like an easy fix for the neighbors is a no-can-do from an engineering perspective. “According to the attorney, we don’t have the right to access the lock-ups entrance,” said Addison.

The engineer also said he was told by the Florida Department of Transportation that it wants to close the storage facility’s US-41 entrance. That would increase neighborhood traffic even more—that information was not popular with these neighbors.

WINK News reached out to FDOT about the plan to close the storage facility entrance, but no one got back to us.

However, Banks Engineering is in the process of getting hat traffic study completed.